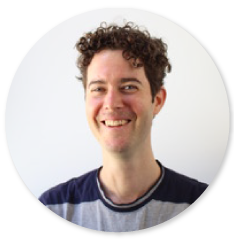 Kishore Ryan discovered Pilates following a back injury in 2012. As a result of practicing the Pilates Method his back pain disappeared entirely, his posture improved considerably, and he grew an inch taller. Since then, Pilates has enabled Kishore to get rid of pain in various parts of his body. Helping his clients experience similar results is one of his favourite things about teaching. Recently, after experiencing persistent knee pain, Kishore became interested in toe and foot exercises somewhat outside of, but very much related to, the conventional Pilates repertoire. He has found that strengthening and mobilising one’s feet has a remarkable effect not just on one’s feet and knees, but also on their pelvis, back and neck. Kishore also considers Pilates to be a form of meditation. His sessions focus on breath as the foundation of movement, not just as a way to improve core control, but also as a means to reduce stress and anxiety.

Kishore is also a drummer. He has performed and recorded Mick Turner, Lisa Mitchell, Hexham, Kid Sam, and Damo Suzuki, among many others. Sometimes he writes music for other musicians and his compositions have been performed at the Bendigo International Festival of Exploratory Music and Camino Contro Corrente in Italy. He has performed at the Sydney Opera House as well as festivals such as Meredith, Laneway and All Tomorrow’s Parties, and toured in North America, the UK, Japan, Taiwan and New Zealand.